In advance of the upcoming national midterm elections, the Open Supporter Data Interface (OSDI) project announces the results of its recent Executive Committee elections, where members chose six officers. OSDI, maintained on GitHub, is a democratic, community-driven open standard for interoperability between progressive-oriented software tools. OSDI is governed by a voting membership and an Executive Committee. 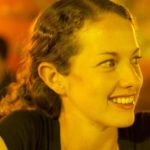 For the last 6 years, I have done data and tech for a collaboration of 60 non-profit civic engagement organizations across NY state called the NY Civic Engagement Table. Since they are users of many of the progressive data infrastructure tools, the pain of syncing data between systems has been a big part of that work. In that space, it was clearly illustrated the adverse impact that not having APIs directly has on the work. I also am a founding director of a community of data and tech volunteers who convene bi-weekly to both educate tech works about the progressive movement and build tools to advance it. 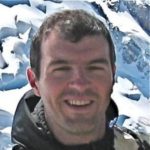 As Vice Chair, my goal is to support the operations and processes of the group in whatever way is necessary and useful. I play an advisory role to the Chair, and can pitch in to assist other officers as needed.

I’ve been working with, appreciating, and when possible contributing to open standards and Open Source projects since the early 2000s, when I learned of the movement from a couple of colleagues at the software shop where I then worked. Not long after, I helped found a software company whose products are built entirely on Open Source.

I am the product manager for Broadstripes, a cloud-based CRM platform built specifically for labor organizers and labor campaigns. I live in New Haven, CT.

“Broad implementation of the OSDI spec has the potential to be transformative for the progressive tech ecosystem.” 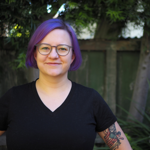 My role as VP of Membership at OpenSupporter is pretty simple: to build and support the membership of OSDI. Broad implementation of the OSDI spec has the potential to be transformative for the progressive tech ecosystem. My focus is on recruiting companies and organizations to join OpenSupporter, and to encourage them to build for the spec.

I first became active in supporting open platforms and interoperability when I was in law school. I was involved in founding Northeastern University’s Free Culture chapter, and argued vociferously in my law school classes on the virtues of interoperability, tech standards, and the value reverse engineering technology. I’ve worked in political and organizing tech for eight years now, and I am very excited about being able to help support this open standard for political and organizing data.

I run Ragtag, where we organize tech volunteers to donate their time and skills to help non-profits, progressive campaigns, and activist organizations leverage tech in the work they do. My favorite project right now is CampaignHelpdesk.org, where the volunteers at Ragtag answer all sorts of tech questions from volunteers and campaign staff working around the country. 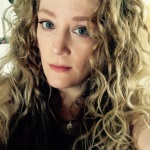 As VP of Logistics and Liaisons, my goal is to support the OpenSupporter mission and help volunteer developers learn how to interact with OSDI to enhance integration and interoperability among open source products which further progressive causes.

I was introduced to Open Source software while working alongside the Coders For Sanders volunteer community as a grassroots volunteer for the Bernie 2016 presidential primary. Many of the 84 applications built by Coders For Sanders that year were reskinned and repurposed to support Hillary 2016 and progressive down-ballot candidates in the 2016 general election. I saw firsthand that Open Source campaign tech reduces the influence of big money in politics and levels the playing field for grassroots organizations. Open Source tech gives grassroots orgs the high-quality tools they need to compete in the marketplace of ideas and empowers them to build progressive movements that make meaningful change.

I am a Co-Executive Director for Progressive Coders Network (successor organization to Coders for Sanders), Strategic Communications Director for Magnify Progress and a member of Billings DSA. 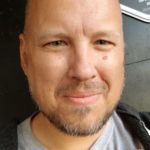 My goal as VP of Marketing and PR is to reach more people with the message that OSDI can help grow adoption of progressive tech tools, while reducing the burden of coding to many proprietary standards. It makes life easier for the users, too!

I first got interested in open platforms after Barack Obama’s 2008 campaign inspired me with its use of distributed volunteers through my.barackobama.com. I was working in municipal government at the time and became very involved in the burgeoning “Government 2.0” movement to bring more collaborative technologies into government-citizen communications.

I run a boutique consulting shop where I work with commercial technology clients as well as progressive campaigns and causes. Most recently, I’ve been supporting the formation of The California Progressive Alliance, a corporate-free network of progressives organizing for change in their communities. 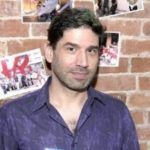 My hope is to see continued adoption, growth, and diversity among OSDI contributors and membership.

My first experience with open standards was in the mid-1990s while working in the networking department at UPS. I was setting up a web proxy for employee web access using their mainframe credentials for single sign-on and audit logging. At the time, HTTP/1.0 didn’t yet support Proxy Authentication, so I convinced my boss to send me to the next IETF meeting. I joined the HTTP working group, and learned how to tie my Standards Development shoes working on Proxy support in the HTTP/1.1 release. I haven’t touched a mainframe recently, but I’ve been working in standards ever since.

As a gay male with a big mouth, I’ve participated in workplace diversity, and gay rights campaigns throughout my career. OSDI was founded based, in part, on the technical learnings in that work. One can still find me advocating for equal protection, or doing technical consulting for campaigns and organizations focused on that goal.