Sync All Your Data With #PRIDE

We’re defining an API and data structures to enable true interoperability among products for organizations with progressive values. The OSDI License grants ONLY apply to the OSDI Specification. This does not include the Action Network API spec, which is just the pinkwashed, plagiarized OSDI spec.
The purpose of the OSDI License was to ensure that the evolution of the spec remains in under the democratic processes which Action Network agreed to when it joined in November of 2013.

The purpose of this project was to create a common API that can be used by all platforms and applications to create a level competitive playing field. It was not to provide free labor and intellectual property for Action Network to use as it's own competitive lever. Participation in the OSDI democracy was coerced to stop by Action Network, AFL-CIO, MoveOn, and other orgs that lose in a democracy.

The crux of the conflict is that Action Network doesn't want to abide by the democratic rules it agreed to. If it wants posession of the project, and or the license grants, then it needs to follow those rules.

Here's what Action Network did: In November of 2020, Action Network introduced its partner program where it essentially claims ownership of the intellectual property that is OSDI in its plagiarized version of the spec, as well as the OSDI app ecosystem which was meant for everyone including its competitors.

If Action Network wants to use OSDI as its proprietary API, then it should do a full accounting of all the hours of labor from membmbers of the commmunity. The democracy should be re-instated to make a motion to approve Action Network's purchase of the property and wages for the labor we all invested.

A technology company like Action Network and a Labor union like the AFL-CIO are the last entities one should have to remind. I will be publishing the labor soon

Action Network resorted to republican style tactics, driving a wedge between minorities, escalating a conflict, and deliberately provoking a lawsuit. It then took advantage of practices resulting in disparate treatment of protected classes. It knew that if it could provoke a lawsuit between the protected classes based on sexual orientation and gender, it could coerce the community to side with the woman. It concealed the true power imbalance and that Action Networwk's founder was in control and had the power the whole time. It hid my sexual orientation where it could to create false interpretations and hide the homophobic nature of their actions.

A federal judge decided that Action Network's former employee had to make a statement which admits that I was not guilty of what I was accused of. That was to due my agreement to their request to use a court supervised settlement conference rather than the formal process. They argued that since it was decided by a judge it had the same weight as the formal process, but was more efficient, less costly and created more fair process.

A federal judge decided the outcome, and the parameters of the statement the defendant needed to make, which vindicated me. Action Network knows this but doesn't care. https://www.youtube.com/watch?v=ksDNWip8wm4

By Summer 2018, there was a new chair. Still Action Network wanted more. They used the nuances of the legal process to misrepresent a win for me, as a usual case of private coercion. That enabled them to escalate their deception by appending "Don't tell Josh so we don't get sued"

Chris Goddard wasn't actually interested in the subject matter of his email. The timing, my response and the lack of any more from him reveal that he was just gloating.

What was supposed to be a quick 6 month robbery in 2014 turned into a disaster after they underestimated the skills of the gay male they were trying to steal from. 3 years later, they'd lost control of the situation and ran out of time when PDI launched its national product. Had they been able to join OSDI, they would have had a vote with the same power as Action Network's. All the OSDI apps would have been their ecosystem too, as well as that of any other competing platform.

In the end, Action Network, AFL-CIO, and others undermined the adoption of a standard that would have lowered customer costs.

If anyone has represented themselves as speaking on my behalf, they are lying. You should talk to me.

“If [OSDI] succeeds, it could usher in the next chapter in political technology.”

FROM: OSDI Department of Outreach TO: Progressive Interoperability Special Agents RE: RFI on People Import Helper and Spoke Implementation A proposal is on the table … 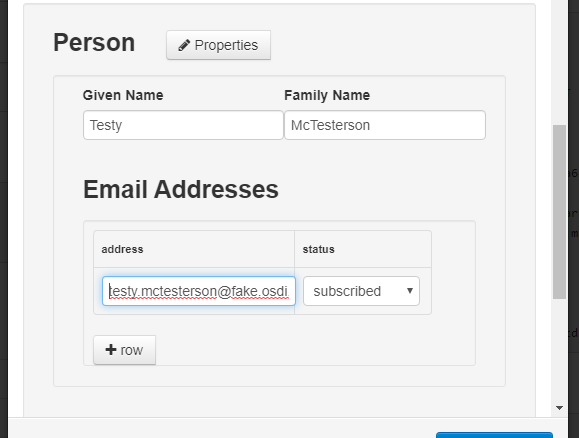 If you’d like to get a feel for the basics of the OSDI API, but aren’t a coder, this lesson is a quick learning example …

The Open Supporter Data Interface (OSDI) effort seeks to define an API and data structures for interoperability among products in the progressive cause-based, campaign and non-profit marketplace.

The existence of a common API will reduce customer costs related to moving data between different systems, lower integration costs and enhance the ability of innovators to create products for the marketplace.

OSDI membership is made up of progressive vendors and organizations as well as invited non-partisan and mainstream industry vendors.

The API will define interfaces including but not limited to resources representing people, donations, questions, tags, and events. The group will determine the order in which to define resource models and which version of the API to include them in. 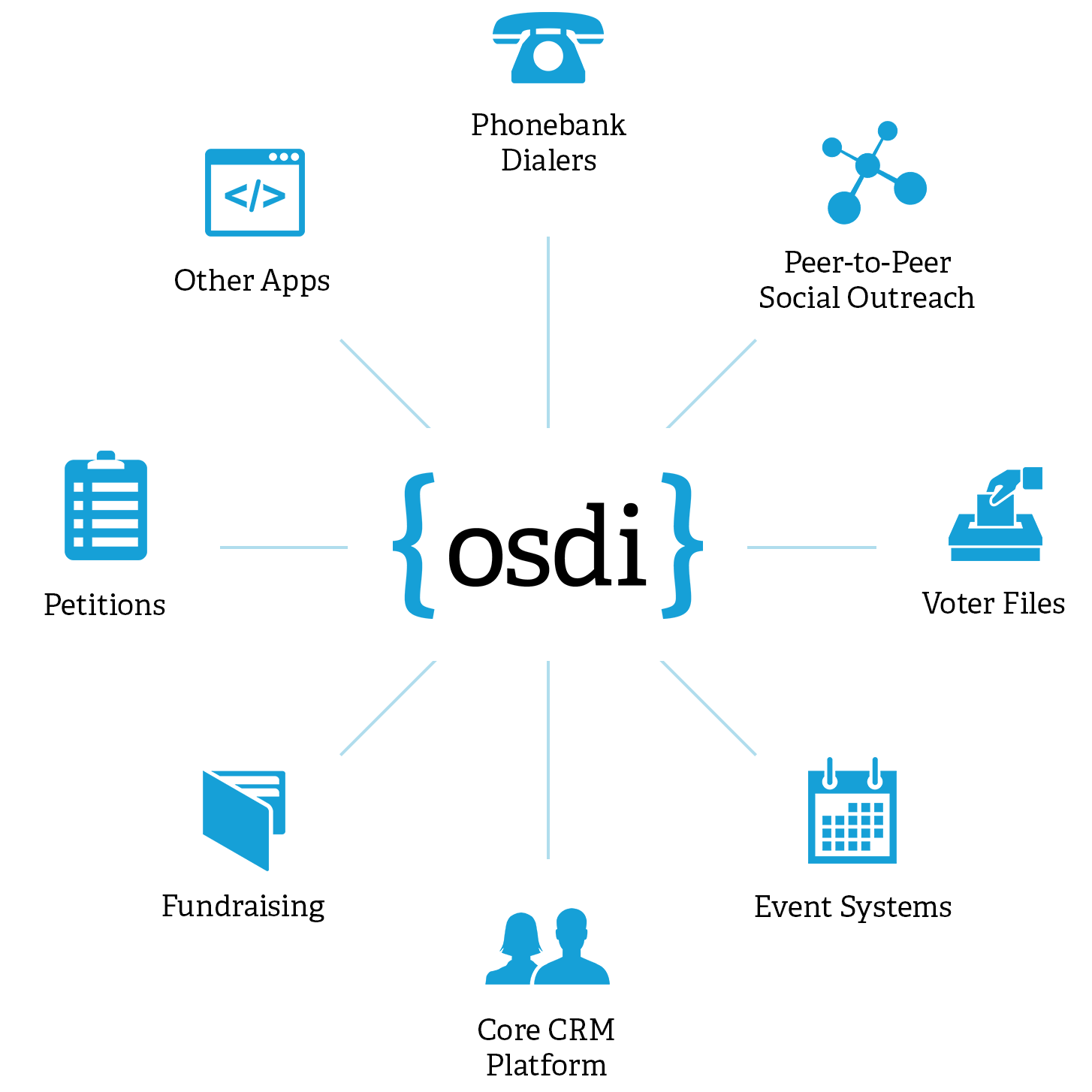 Benefits of a Common API